Through a simple key-binding (shift+ctrl+d) I can quickly launch or focus reference documentation (using devdocs).

So, how are we going to do this?

What's wmctrl and why do we need it?

We'll use wmctrl to check if our API reference application is running, and focus on it. If it's not running, we'll start it. wmctrl is easily installed on Ubuntu through the package manager:

Nativefier is a tool to make a native wrapper for any web page. We'll use it to get a local version of DevDocs installed, in case we're ever without Wi-fi.

It's quite easy to install, just run the following npm command to install it as a global dependency:

This is the actual documentation tool we'll be using. You can insert your own if you like.

We'll use nativefier to install a local version of DevDocs:

We also want to have a .desktop file installed, so we can launch the application and save it in our favorites sidebar:

What exactly does this script do? Let's break it down:

Adding the key-binding is easy in Ubuntu, go to Settings -> Keyboard and hit the + icon to add a new key-binding: 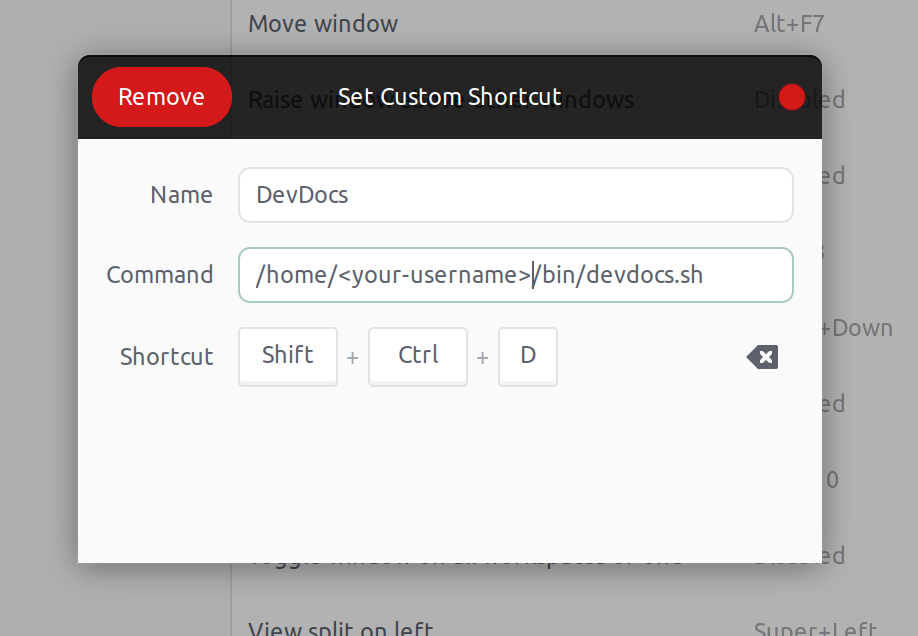 Test your key-binding by hitting shift+ctrl+d (or your chosen binding). The devdocs application should launch, and if it's already running it should focus when using the key-binding.

If you want to run all of the above commands in one go, use the following gist:

Prefixing your NextJS app through Ingress What do we want to achieve? By default, NextJS doesn't support serving an application with it's assets from a custom app prefix (in both dev and prod), for example: https://www.myapp.com/ <-- SomeOtherApp https://www.myapp.com/portal <--- My NextJS app https://www.myapp.com/static/portal <--- My NextJS static (cached by CDN) NextJS configuration To be able to do this we need to add a custom server.(js|ts), use the setAssetPrefix and pass ...
Read more...
Fighting COVID-19 at home
March 24, 2020
Webstorm plugins
February 10, 2020
PSA: Mind your .NET loglevel
January 30, 2020
Cheap UPS to protect your NAS
January 28, 2020
NodeJS HPE_HEADER_OVERFLOW
January 27, 2020